“WHY ARE THEY SELLING?”

This is one of the first questions prospective buyers ask. And many don’t know that real estate agents are not permitted to disclose why without a seller’s permission. We aren’t permitted to disclose motivation for selling because it can sometimes lead to a negotiating benefit for the buyer. But in lodging brokerage, the answer is usually because the sellers have been in the innkeeping business for a while and it’s either time to retire, time to move closer to be near grandchildren, or time to move onto something else. Don’t waste too much energy on this question. Besides, most of the time, the sellers will tell you their reason for selling.

“WHY ARE THERE SO MANY BED AND BREAKFASTS ON THE MARKET (in Maine)?”

The reality is, there really aren’t that many relative to the number there are in the state. I look at TripAdvisor and there are 207 pages of inns listed by towns alone and apparently 639 inns listed in total. I don’t actually have an official count as to how many there are in the state. But 639 is a fair amount. At any given time, we see around the same inventory in an up market as a down market. Often it’s purely a coincidence why there might be 4 in the same small town on the market at the same time. I can tell you that of my current 12 listings, 6 of them have owned theirs for over 10 years (4 of them between 15 and 24!); and 4 between 7 and 10 years. Of my 5 listings I sold in 2014, 3 of the 5 owned their properties 7-10 years. The primary reasons my clients want to sell are retirement and moving to be closer to extended family. So don’t be too concerned with this question either.

Keep in mind, the average innkeeper “life span” has reportedly been 7 years, though I am starting to see an extended life span. It certainly beats 99% of most people’s job commute! 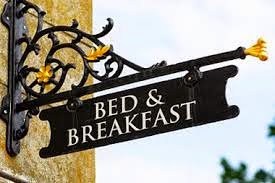