Built in 1753, This historic inn is one of the most romantic destinations in the Kennebunks. Named one of Yankee Magazine’s Coziest Inns. it combines historical charm with refined elegance.

Formerly a ship builders mansion, the house includes a keeping room, a room directly off the kitchen typical in Colonial era homes.

In addition, the Inn has two spacious guest parlors to enjoy a good book from the Book Bar or sip a glass of wine from the Honor Bar. Multiple indoor and outdoor seating areas allow for various options for breakfast and lounging.

Situated just 2 miles from the heart of Kennebunkport it offers guests a quiet reprise from the hustle and bustle of Dock Square All 6 guest rooms are charmingly decorated with attention to comfort and details, including fireplaces in four of the rooms.

All six guest rooms have ensuite baths. This main house also includes a three room owner/innkeeper suite on the 3rd floor. Additionally, the property has a detached carriage house that functions as two separate, 2-bedroom apartments, currently used as AirBnB in the summer and long-term rentals in winter.

Situated on an acre of land, this original Dutch gambrel was constructed by Waldo Emerson in 1753. He was the great uncle to Ralph Waldo Emerson who is rumored to have spent 10 summers at the house.

The house was later inherited through marriage by Theodore Lyman, who added the enormous addition in 1784 as a wedding gift for his wife. Former owners made a fortune as shipbuilders on the Kennebunk River behind the house, so elaborate houses were within their means.

George Bourne, a former resident, built the famous Wedding Cake house next door for his second wife. The Waldo Emerson Inn was also a stop along the Underground Railroad. 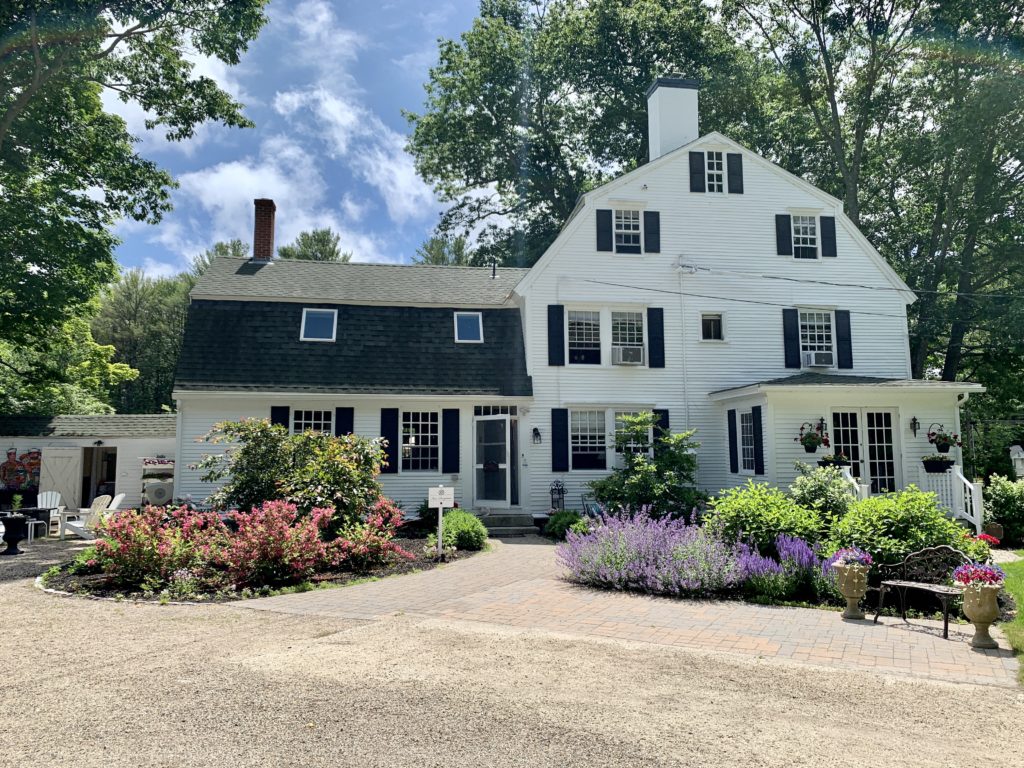 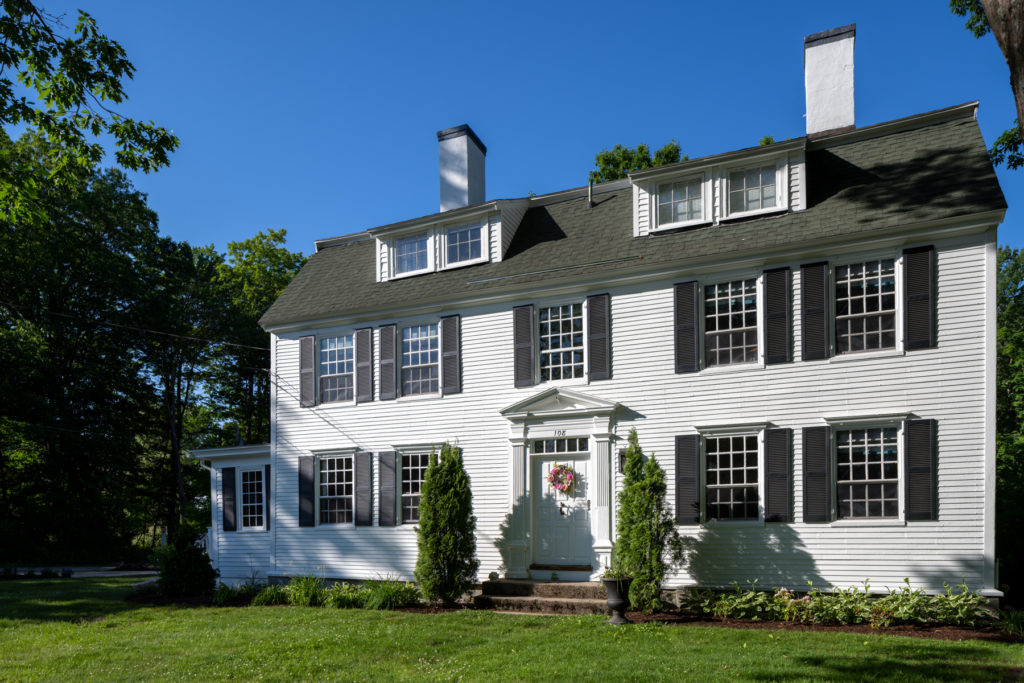 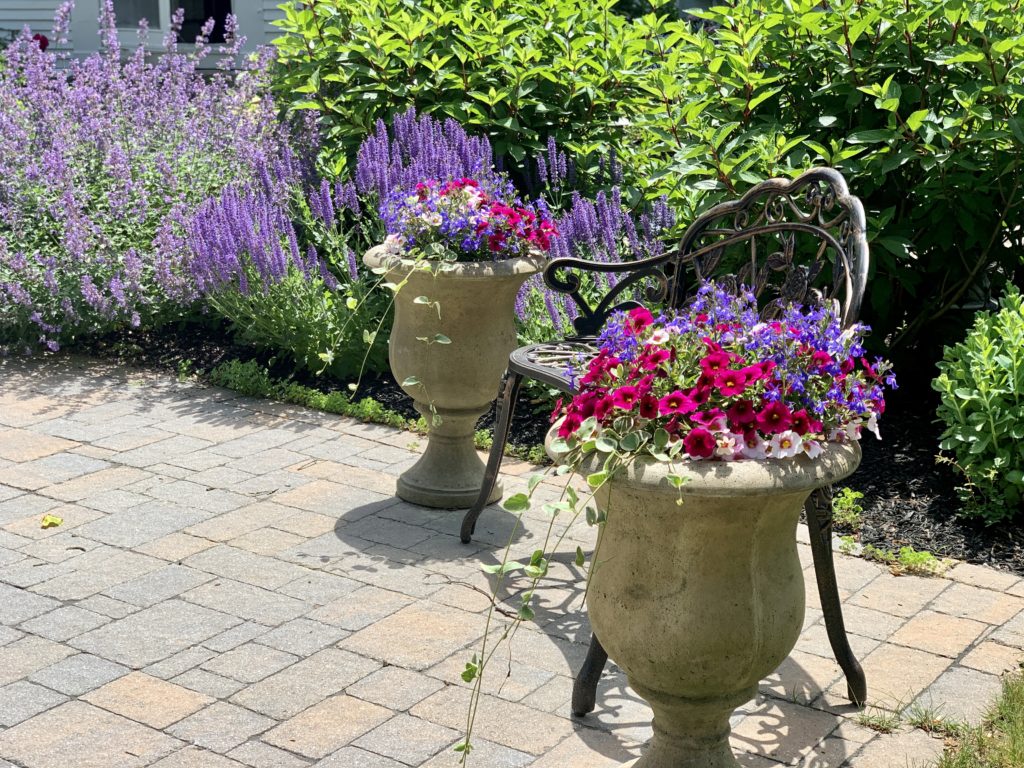 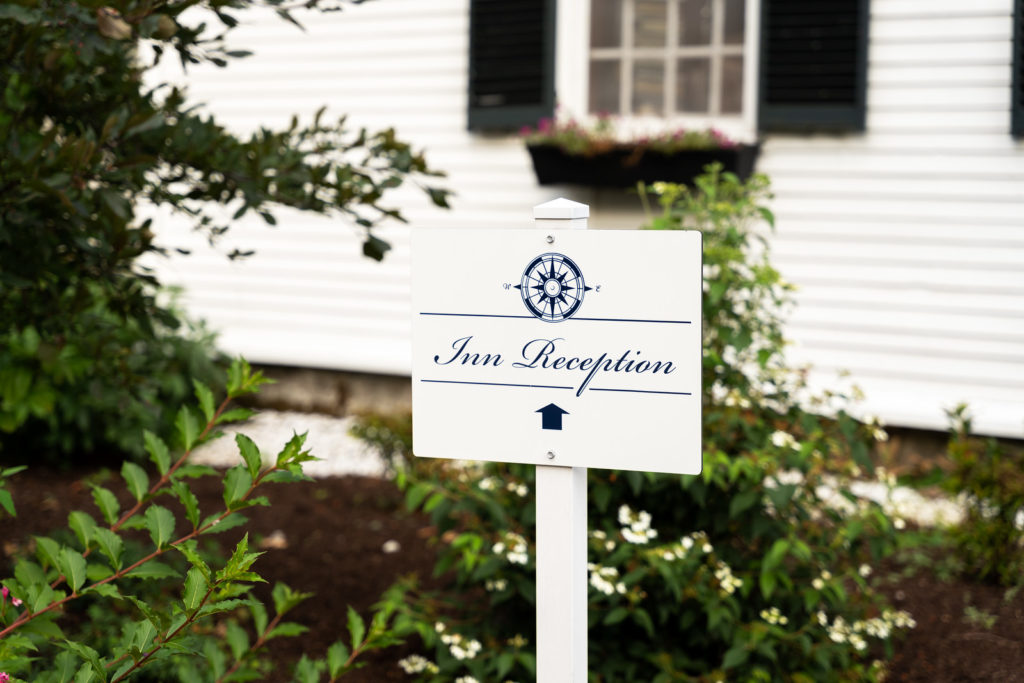 The Waldo Emerson Inn is just 2 miles to downtown Kennebunkport, where shops, restaurants and galleries abound!

And the local beaches, hiking, whale watching, nearby museums and nature preserves will keep guests busy all year long.

Directions from South of 95:

Take 95 N into the state of Maine…to the Wells/Kennebunk area. Take exit 9B to Rt. 1 North, to Rt 9 that leads directly into Kennebunk.

From the Portland Jetport, follow Rt 1 S about 15 miles to Rt 9 that leads directly into Kennebunk. 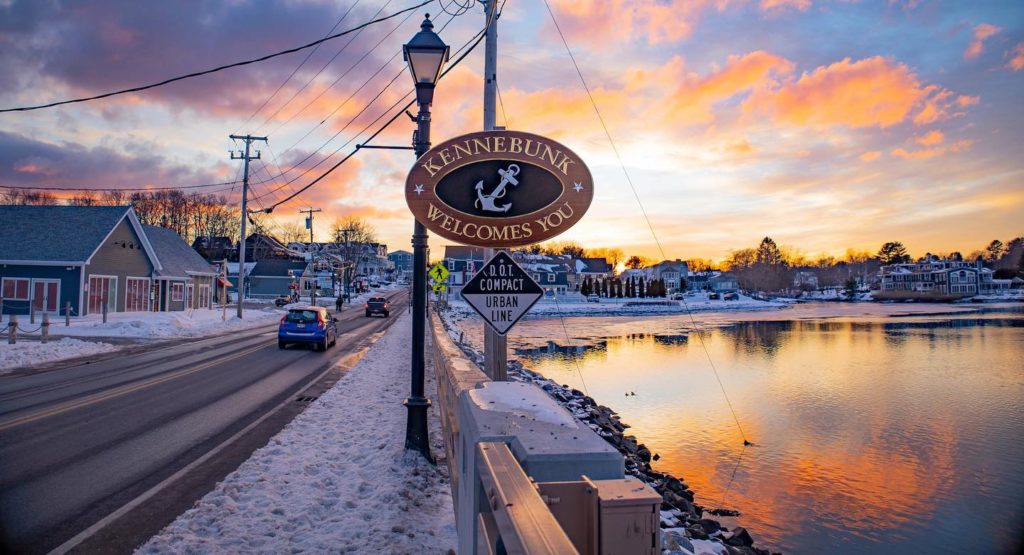 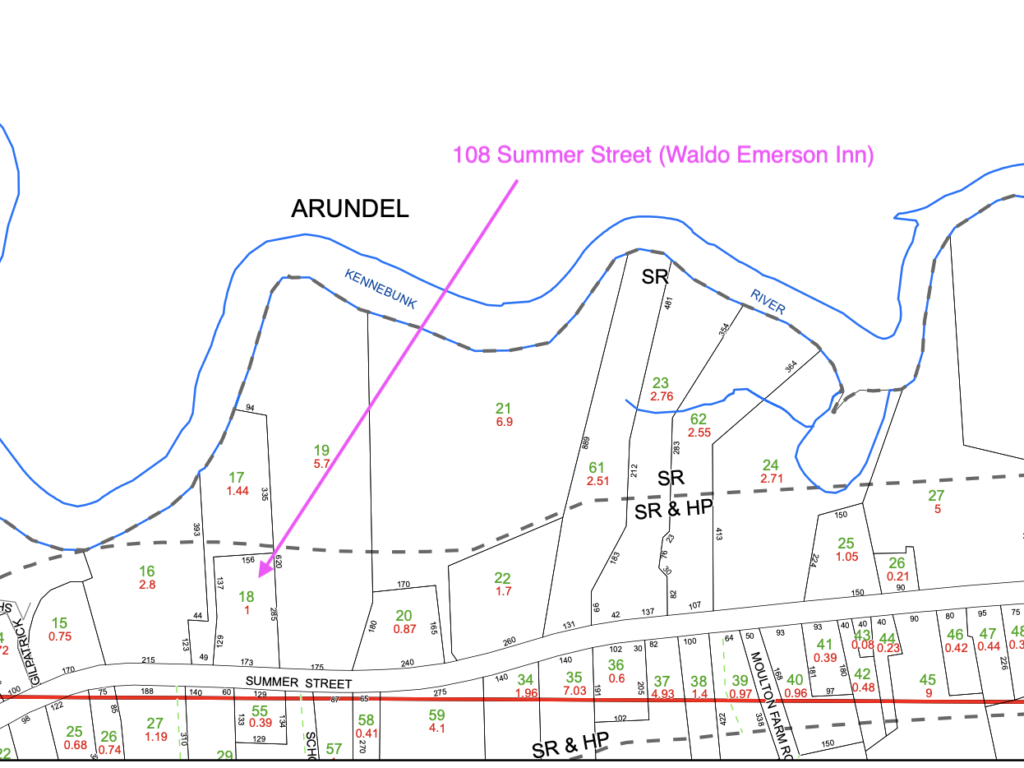 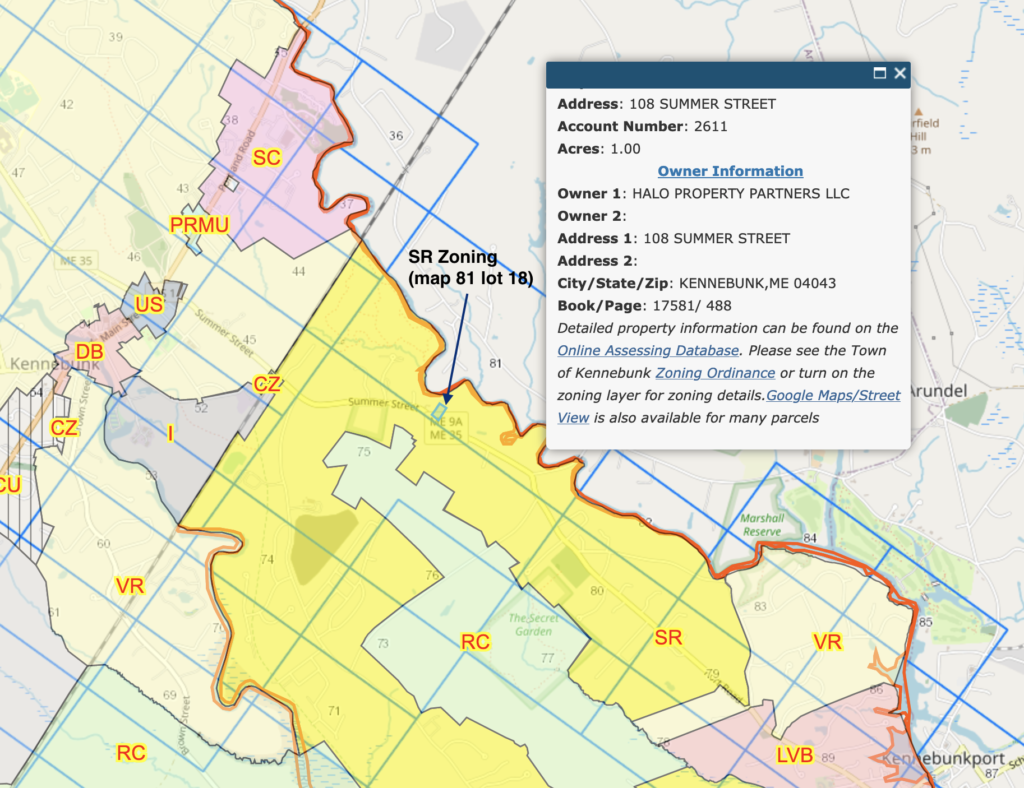 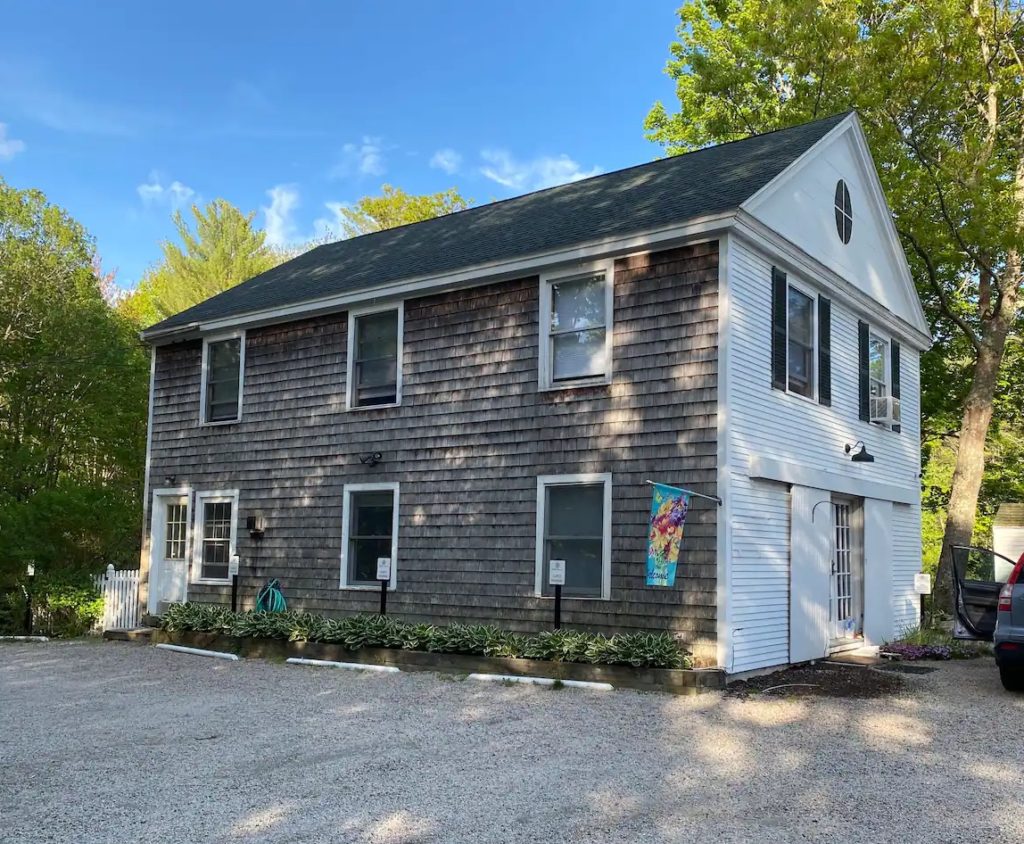 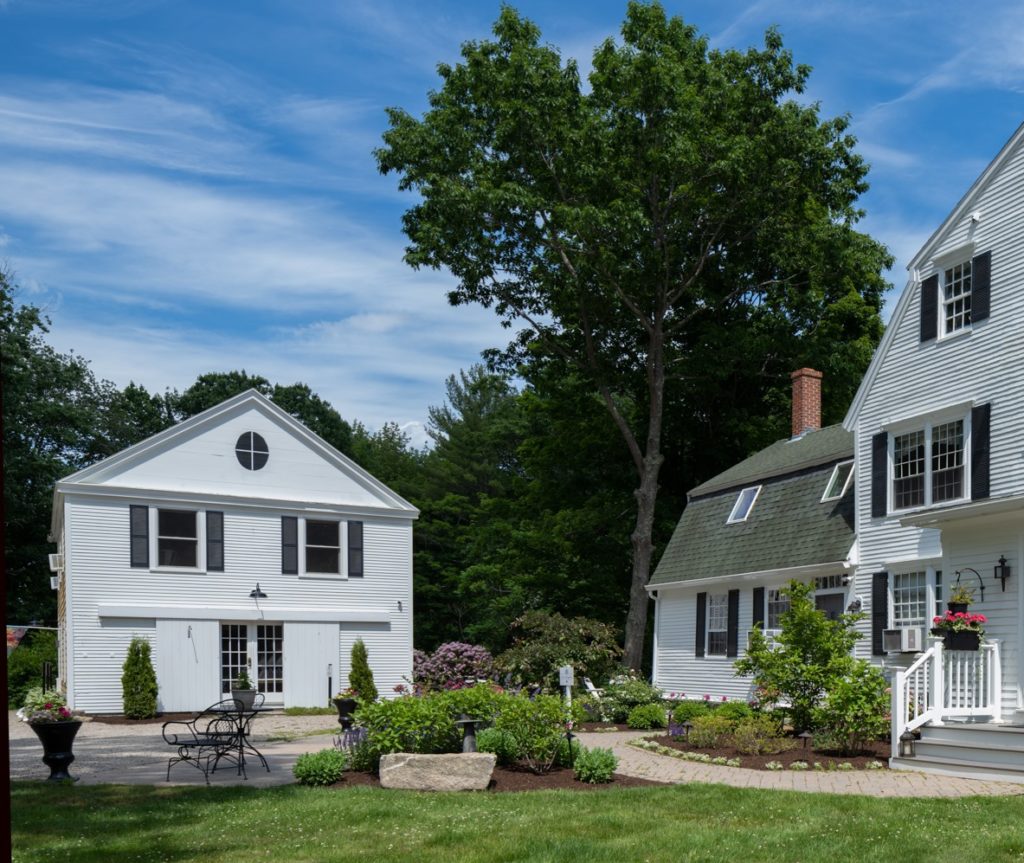 The Carriage House apartment is on the 2nd floor and offers 2 bedrooms, 1 bath, washer/dryer with full kitchen. It has a private entrance and currently functions as a short-term rental in summer and long-term rental in winter.

Completely renovated in 2020, this new modern farmhouse-style cottage offers 2 bedrooms, 1 bath, washer, dryer and a lovely kitchenette. Guests have use of the entire cottage located on the ground level of the Carriage House with a private entrance, and full access to beautiful Waldo Emerson grounds and gardens.

The owner’s quarters is private space on the 3rd floor of the inn and offers 3 rooms with a full bath and can be configured in multiple ways. There is plenty of natural light, comfortable ceiling height and rooms to sleep or lounge. Click on photos to enlarge.

This is a financially viable business. Financials are shared with qualified buyer after proof of funds and signed NDA.