Just steps from the picturesque village and harbor, The Hawthorn Inn, a Queen Anne-style Victorian mansion built in 1894, situated on 1.2 acres
of lawn and gardens, is perfect for enjoying, experiencing and exploring Camden and Midcoast Maine. From the inn, guests can walk to the
village center. They are steps from Camden Harbor, and guests can see Camden Hills State Park from their front porch! The firepit in the yard is a great place to socialize any time of day.

From the moment you step into the Hawthorn Inn, you’ll sense the casual, serene atmosphere in a historic home that’s an ideal base for Maine
adventures. Guests appreciate restorative getaways and places to celebrate, and that’s exactly what the Hawthorn Inn provides. Its large rooms and expansive property are designed with comfort and ease in mind: furniture is made for lounging, gardens are for strolling, and books are meant to be borrowed.

History of the Inn

The Emma Knight House was built in the 1890s by S.G. Ritterbush. Mr. Ritterbush was a prominent Camden architect/builder and dealt real estate. He employed 100 to 150 men building some of the “handsome cottages” in Camden as well as the Masonic Hall in Camden (today the Lord Camden Inn). He was very concerned about the environment and felt it important that a building needed to blend into the natural landscape. Local lore has it that that Laura (wife of Stephen) wanted the house very much, but it had been contracted for someone else.

The Hawthorn Inn’s site in the historic High Street district has been the home to many prominent business people in Camden. William Alden owned the site prior to Emma Knight. Alden owned the Camden Anchor Works, the largest manufacturer of anchors in the United States. It is not completely clear which Emma Knight owned the property, but local historians believe that she was the wife of Johnson Knight, a purveyor of Coal, Wood and Hay.

Pearl G. Willey, the founder of P. G. Willey and Co., the local coal and lumber, and eventually, fuel company, owned the residence for more than 50 years too.

This building housed horses and horse-drawn carriages until the early part of the 20th century when it became a barn. The Carriage House now boasts four spacious, romantic rooms, all with king beds and super-size, two-person whirlpool tubs, views of the gardens and glimpses of the harbor, private decks and TV/DVDs. Three Carriage House rooms have gas-log fireplaces. The rooms are peaceful and quiet; not a sound from the outside world enters your private retreat, except the soothing Bailey Brook, which flows past the Hawthorn Inn on its way to Camden Harbor. The rooms face East, the Harbor and Camden’s magnificent sunrise.

The Hawthorn is proudly under only its sixth owner. 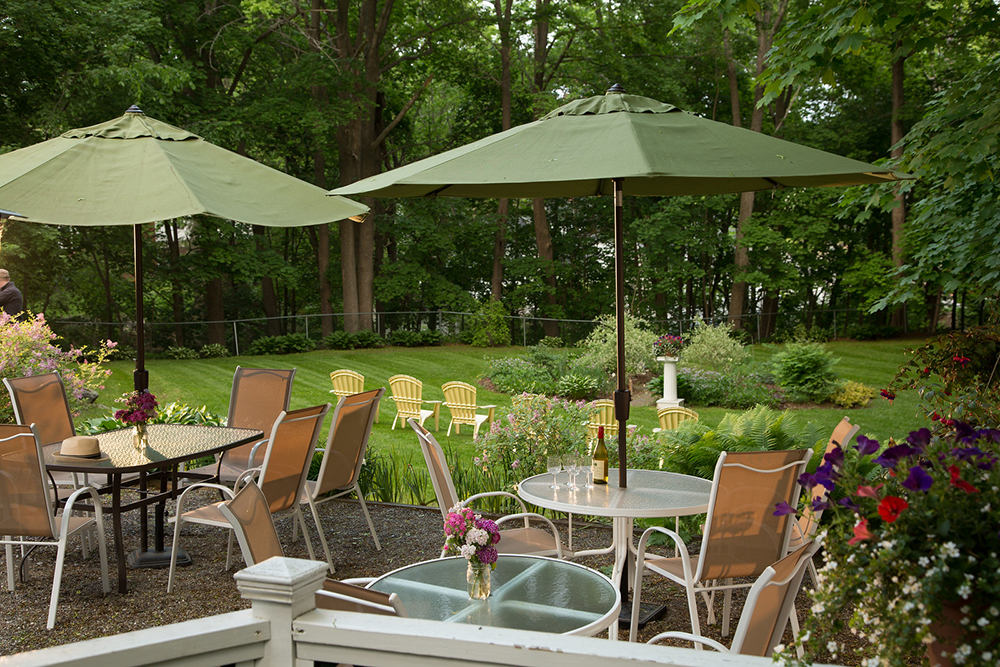 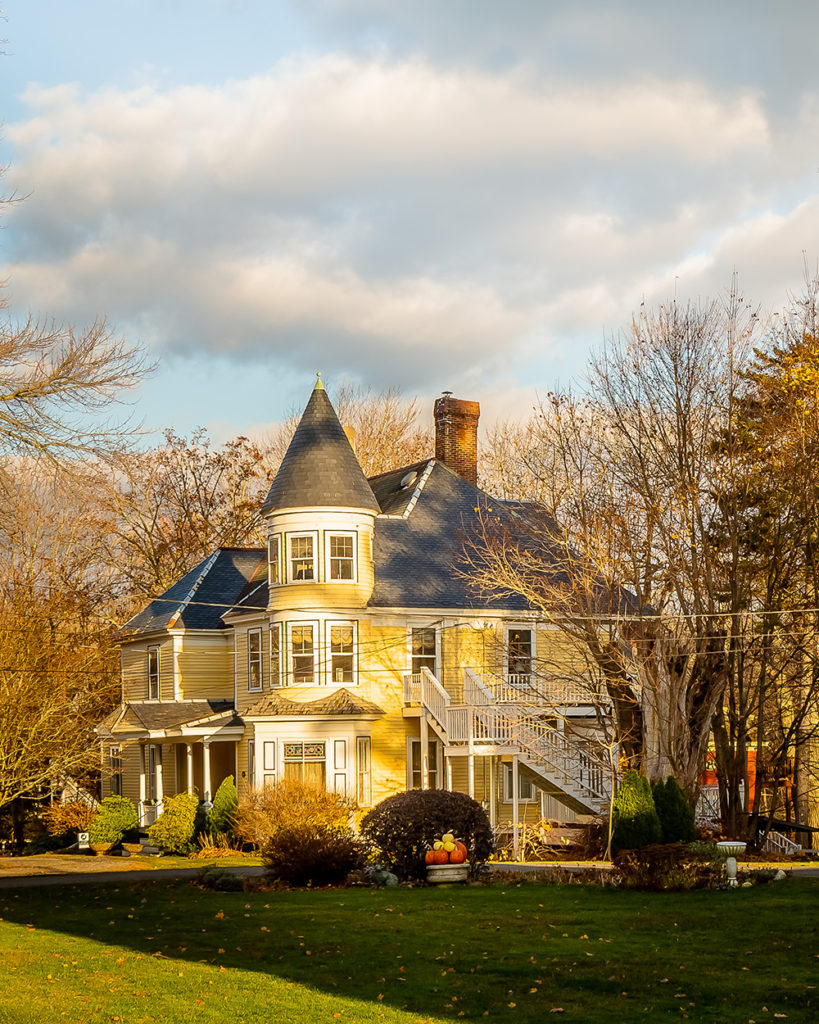 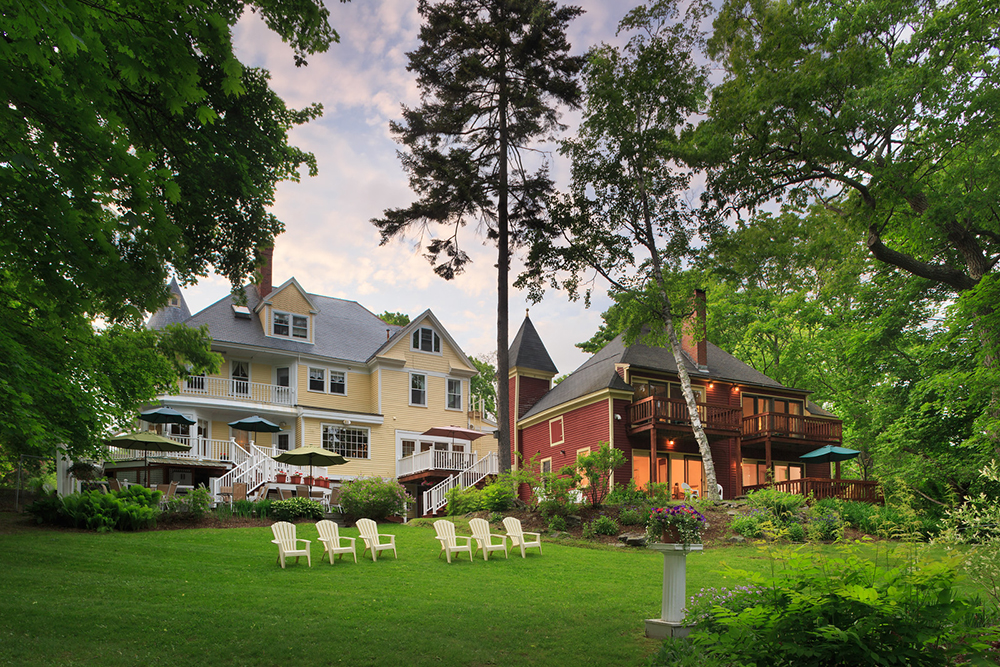 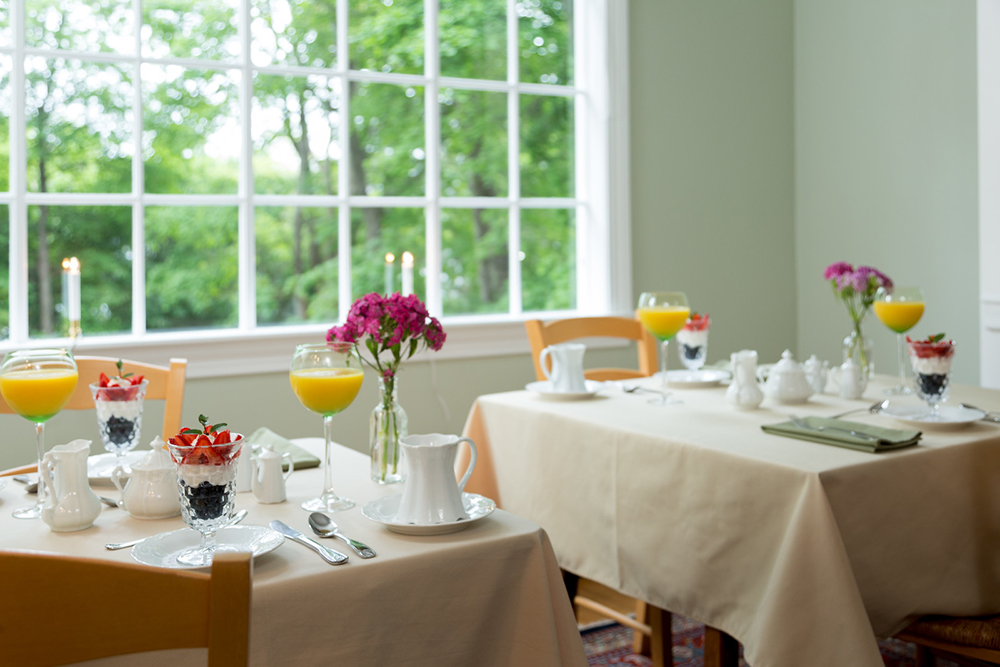 Camden, Maine is located in the heart of the Midcoast region, abounds with natural beauty – from sparkling Penobscot Bay, to the pristine lakes and evergreen forests of the Camden Hills. Nearby Camden Harbor is home to a fleet of historic sailing schooners, charming shops, inspired dining, and architectural interest that easily conjures it’s sea-faring history.

The Hawthorn Inn is located at the north end of the Camden downtown area. Once guests park their car onsite, they will not need it again to explore the downtown. It is a short 4-minute walk to the restaurants and shops. The expansive property provides plenty of space to spread out and unwind. Just a few miles from the entrance to Camden Hills State Park with its famous view from Mt. Battie. A few miles north to Lincolnville Beach and guests can catch the ferry to Islesboro.

The Camden area is known as the region where the “mountains meet the sea”. This Inn is a window to the natural landscape of mountains, beaches, protected bays, impressive lighthouse tours and extraordinary art museums and galleries. 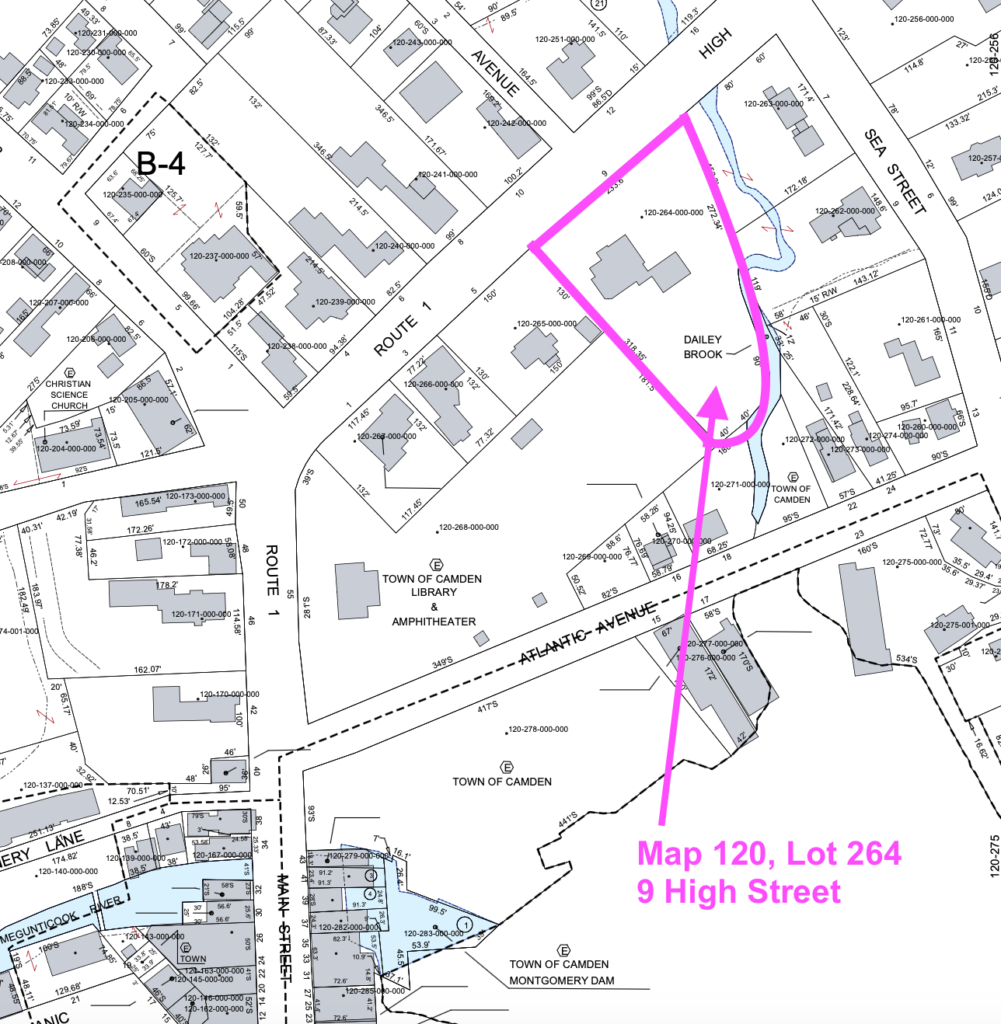 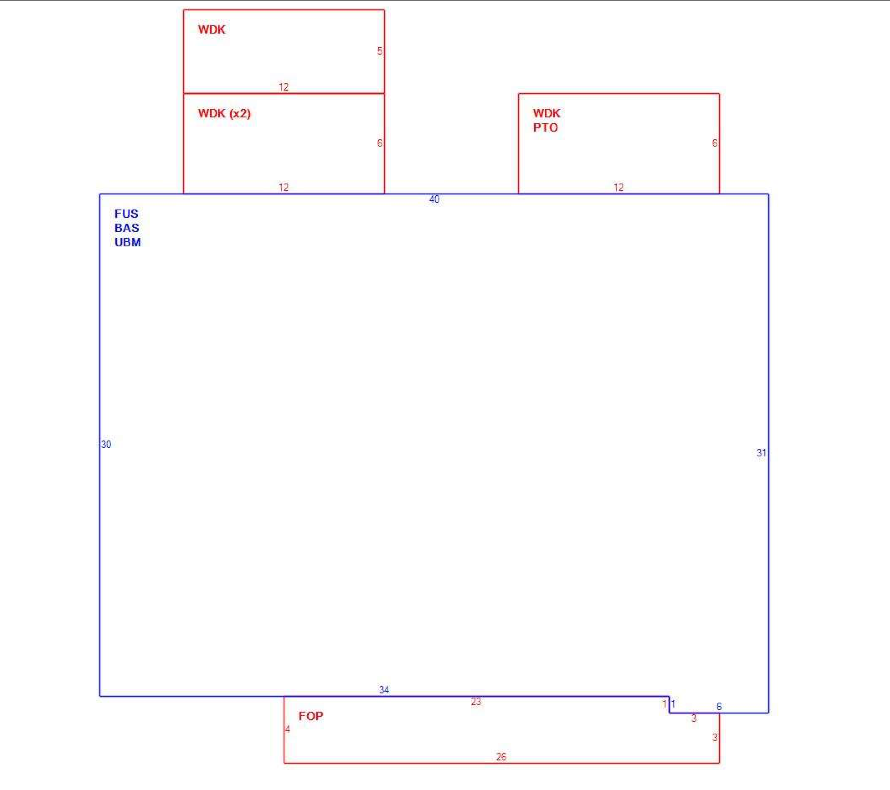 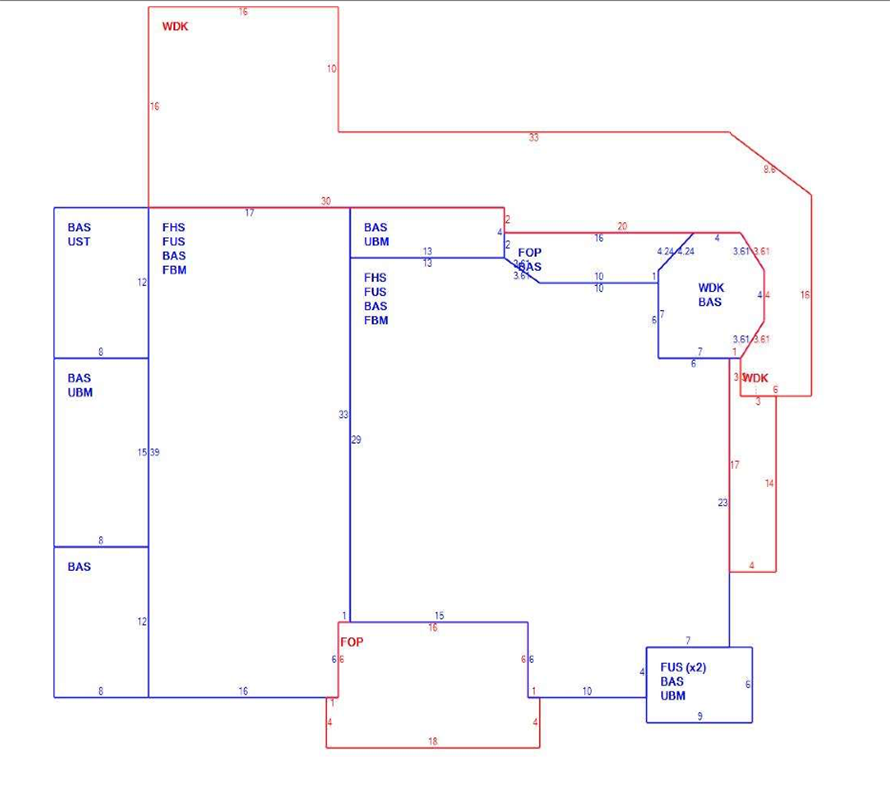 This beautiful offering is a strong, year round business in a great location and checks many boxes.